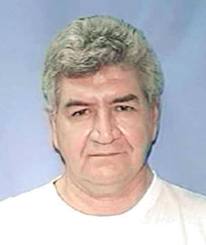 SCRANTON, Pa.—The reputed boss of a northeastern Pennsylvania crime family could get time knocked off his prison sentence because he is cooperating with authorities in their prosecution of a casino owner.

William D’Elia, 62, became the latest alleged American Mafia leader to turn government informant as he was sentenced Monday to nine years in prison for witness tampering and conspiracy to launder drug money. With time already served, he could be freed in seven years—or less.

Federal prosecutors agreed to recommend a reduction in D’Elia’s sentence if he continues to provide substantial assistance to the Dauphin County district attorney’s office, which has charged Mount Airy Resort Casino owner Louis DeNaples with perjury.

DeNaples allegedly lied to state gambling regulators about his friendship with D’Elia, whom authorities once called a “major player” in organized crime. DeNaples says he is innocent and accuses D’Elia of lying to authorities in a bid to shave time off his prison sentence.

In court Monday, the silver-haired, 6-foot-3 D’Elia stood before U.S. District Judge Thomas I. Vanaskie and apologized for his crimes.

“At this time, I would like to accept responsibility for my actions and apologize to your honor,” said D’Elia, who had requested a sentence of seven years. “I hope that I will soon be able to resume my life with my family in a positive, honorable and productive way and care for them once more.”

Though he spent more than 20 years under law enforcement surveillance, D’Elia was never charged with a crime until May 2006, when prosecutors accused him of laundering hundreds of thousands of dollars in drug proceeds through the creation of bogus companies, loans and consulting agreements.

Five months later, prosecutors charged him with trying to arrange the murder of a co-conspirator, Frank Pavlico III, after D’Elia found out that Pavlico was cooperating with the government.

Pavlico had worn a wire and recorded conversations with D’Elia. He pleaded guilty to money laundering and was sentenced in January to 10 months in federal prison.

D’Elia, of Hughestown, was originally charged with 18 counts, including solicitation of murder. Prosecutors dropped most of the charges when D’Elia pleaded guilty last March.

D’Elia, in leg chains and a brown suit, dabbed his eyes Monday as his wife and two daughters begged Vanaskie for leniency.

His other daughter, Miriam D’Elia, an attorney, sobbed while portraying D’Elia as a “loving, supportive and caring” husband, father and grandfather. She said D’Elia had not been “fairly perceived by the public and media.”

His wife, Ellen D’Elia, who recently suffered a heart attack, called her husband a “good person” and said the family “is starting to deteriorate without him.”

“I know he’s sorry for all the things that have happened, and I promise you we will help him get back to a good and normal life if he’s back home with us,” she said.

Vanaskie was skeptical, noting that D’Elia continued to commit crimes even after he was initially charged with money laundering. Nevertheless, the sentence was at the bottom range of guidelines that recommended a prison term of between nine years and slightly more than 11 years. Vanaskie said he weighed the seriousness of the charges against the declining health of D’Elia and his wife, and the good deeds described by family and friends.

D’Elia has assisted Dauphin County authorities in their prosecution of DeNaples and DeNaples’ priest, the Rev. Joseph Sica.

DeNaples, a wealthy Scranton-area businessman, was charged in January with perjury after a grand jury said he lied to investigators with the state Gaming Control Board about his relationships with D’Elia; another reputed mobster; and two men at the center of a political corruption scandal in Philadelphia in order to win a $50 million slot-machine license for his Poconos resort.

Sica faces a single perjury count for allegedly lying to the grand jury about his ties to the late Russell Bufalino, an organized crime boss who died in the 1990s. Sica, whose lawyer was in the courtroom Monday, denies the charge.

D’Elia has been linked to the mob by the FBI and the now-defunct Pennsylvania Crime Commission.

Former Philadelphia and South Jersey mob boss Ralph Natale, who has repeatedly testified for the government in mob trials, told a jury in 2001 that D’Elia led the Pittston-based Bufalino crime family.

In court papers, the government said D’Elia was reputed to be a mediator among mob families, had met frequently with Philadelphia mobsters and had frequent contacts with western Pennsylvania and New York families.

He is banned from New Jersey’s casinos.

D’Elia had faced a maximum of 30 years in prison and a $750,000 fine. His attorney, James Swetz, said he would recommend that D’Elia not appeal his sentence.