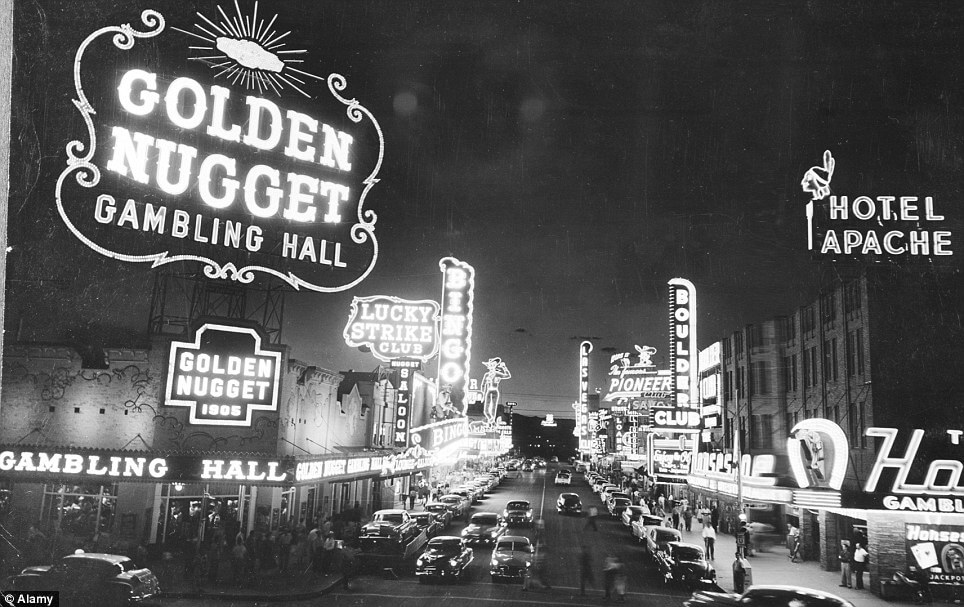 How the Mafia Built The Gambling Capital Of The World

Gambling is a vital business for the Mafia. They’ve earned lots of money from playing card games and betting on virtually every sport. The Mafia ran numerous illicit and deluxe gambling joints all over the United States. The Mafia Bosses had police officers and other law enforcers on their payroll and thus their gambling maneuvers went down without interruption by state agencies. However, the 1931 legalization of gambling in the state of Nevada transformed the casino and gambling industry in the country. After the legalization of gambling in the state, there was little activity as only a few people cared, including military men from adjacent camps and some local cowboys.

The humble beginnings of a desert town

Positioned in the interior of the expansive Mojave Desert in Nevada, Las Vegas was a dusty town that seemed ages away from its now revered nightlife, casinos that operate round the clock as well as numerous other modern entertainment options. During the early 1940s, the town was essentially made up of a small number of filling stations, some slot machine shops and a few outlets dishing out junk food. Living or working in Las Vegas was not pleasant. The Mafia only caught onto the humongous money mining capability of the town after the end of World War II.

How the Fidel Castro Revolution impacted on Las Vegas

The famed American crime boss Alphonse Gabriel Al Capone, aka Scarface, aka Big Boy, aka Public Enemy No. 1, had a great interest in Las Vegas, although he wasn’t able to accomplish his agenda of transforming the town into a casino harbor for holidaymakers and gambling enthusiasts. As such, Las Vegas stayed without the Mafia until its potential was realized by

. The timing of the coming of these Mafiosi couldn’t be any better. Prior to the development of Las Vegas by these Mafiosi, American holidaymakers searching for a splendid gaming time had to travel to Cuba. The crooked Batista administration warmly received gangsters in Cuba; there were countless casinos and the earnings were great. About ten years passed after the first Las Vegas casino was opened and Cuba was swept with the Fidel Castro Revolution. Consequently, there was no choice for legitimate gambling other than heading to Las Vegas.

The Flamingo and other resorts

The moneyed Mafia launched The Flamingo, the first gaming resort in Las Vegas on Boxing Day of 1946, courtesy of Siegel’s superb organizational skills and creativity. The opening of several other resorts backed by Mafia followed suit. Gaming in Las Vegas became an exceedingly lucrative and lawful commercial activity for the Mafia. The previously dull dusty desert town was duly transformed into the ritzy Las Vegas Strip.

Before the mid-20th century, the New York City Mafia Families and Al Capone’s Chicago Outfit had launched businesses in Las Vegas. The Outfit operated three main casinos, specifically the Riviera, the Stardust and the Desert Inn. The Outfit opened other casinos in the 1960s including the Golden Nugget, the Fremont, and the Hacienda. Travelers from across the country and the rest of the world flocked Las Vegas to at least have a taste of the city’s unrivaled gaming, vibrant nightlife and world’s best entertainment.

Many Mafia Families were coming up with gambling resorts as the existing businesses started being concerned about the shrinking of profits occasioned by increased competition. The different Mafia families from across the country struck a deal ensuring that each one would receive an intertwined profit share from the other’s resort. It was almost impossible to identify which resort was owned by who. Every Mafia Family received a share of the spoils; mind you it was a colossal share.

The fall of the Mafia

Enter the antisocial and self-centered magnate Howard Hughes in the 1960s, and businesses of Las Vegas Mafia started falling. Hughes rooted for and achieved the legislation of a Nevada law that banned conglomerates from having interests in casinos and resorts. Hughes went forth to purchase over fifteen gambling resorts, expelling Mafia from them. By the end of the 1970s, Hughes suffered huge losses instead of the huge profits he had craved for and thus left the casino business.

The Mafia made a comeback to the Las Vegas casinos, albeit for a short time. In the 1980s, the FBI instigated far-reaching assaults on the Las Vegas welfares owned by the Mafia. Casinos and resorts controlled by Mafia were taken by the FBI and vented to legitimate proprietors. The new landlords transformed the city’s appearance into a family-friendly vacation destination. The majority of the members of the Mafia were arrested and charged, mostly for tax evasion, and faced the prospect of spending the rest of their lives in jail.

Las Vegas still carries on with its gambling legacy as it’s the hub of some of the world’s best online casinos that can be played from any corner of the world. Gaming enthusiasts do not need to travel all the way to Las Vegas for gambling; rather, one can gamble and play slot games online and enjoy free spins and other casino bonuses upon registering. It’s only a matter of time before online casino becomes fully legal in all states in the US.