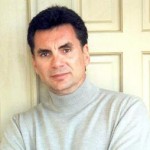 Ex- mobster shows ‘transformation is possible for anyone’

Michael Franzese found a path to God and he wants others to do the same.

Franzese, who made millions of dollars for the Mafia by selling wholesale gasoline for which he did not pay federal taxes, offered that message Saturday evening at a North Utica church.

“If he can do it, transformation is possible for anyone,” Devin Blake, 26, of Deerfield, said after listening to the former mob boss speak at the Redeemer Church on Herkimer Road.

He also was scheduled to speak at the Redeemer Church in Rome Saturday evening.

Franzese, 58, who served eight years in prison, spent much of his hour-long talk recounting his ascent in the mob.

His father was Colombo family underboss John “Sonny” Franzese, and the family was the near-constant focus of police scrutiny when Michael was a child, he said.

Whenever family members left their Brooklyn home, “a parade of law enforcement vehicles followed,” the man once nicknamed the Yuppie Don said.

When he speaks to an audience in the Midwest — Franzese often tours the country to encourage people to make the religious transformation he did in the mid-1990s — he said he must sometimes offer a primer on what it means to be involved in organized crime.

“I don’t have to do that here,” he told the Utica audience of about 100 people.

Indeed, former mobster Joseph Valachi told a U.S. Senate subcommittee in 1963 that Utica had 80 to 100 Mafia “family members” in its midst.

Franzese became a “made” member of the Colombo Mafia family at 24, and rose through the ranks to a Mafia “capo,” or captain. He said he thought he might one day lead the family.

His father, Sonny Franzese, served time in prison for his involvement with a series of bank robberies. Now 93 and on parole, Sonny Franzese is facing new criminal charges.

He said his shift to become a born-again Christian began in the late-1980s when he met his wife, Camille Garcia. They now live in California.

Saturday night, Franzese said he believed that Mafia life now is quite difficult. He said law enforcement investigative techniques are more sophisticated than during the time he was active in the mob.

Now, he said, “You play in that life, you’re going down.”

“I was a good criminal,” Franzese said. “I’m afraid to pull a scam on God. The penalty is too severe.”

That message seemed to resonate with Peggy Hughes, 68, of Deerfield.

“He did have a life-changing experience,” she said. “You can see the sincerity.”