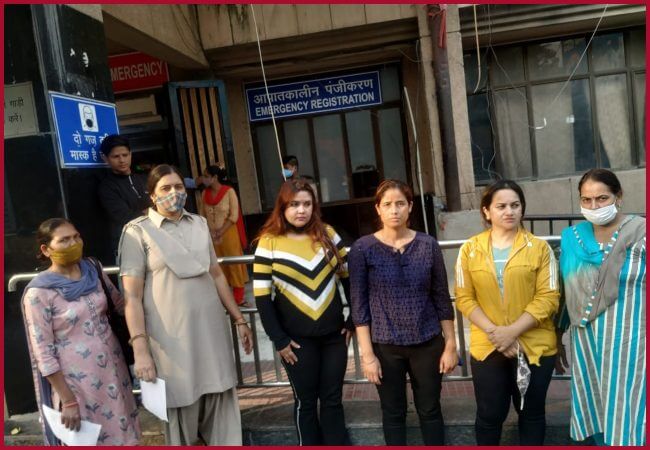 The New Delhi Police Arrests 32 in Connection to Illegal Gambling

Six months ago, the New Delhi police conducted a raid that saw 32 people arrested in connection to an illegal gambling operation. Among those arrested were also three women. The police acted based on a tip they received and busted inside the illegal casino around 2 AM.

Upon receiving the tip, the police set up the raiding party that headed over to the building near pillar no. 722. This is where the illicit gambling activities were taking place, according to the source, and, as it turned out, the information was correct.

Having entered the building, the police discovered a large pool table surrounded by people holding cash in their hands. They also discovered playing cards and betting tokens. Those present inside the casino tried to run away, but the police were successful in capturing everyone. Upon detailed search, police officers seized betting slips, cash counting machines, betting tokens, and over RS 4,000,000 in cash.

The Popularity of Gambling in India on the Rise

Although gambling is largely illegal in India, this hasn’t stopped people from finding ways to bet for real money in all sorts of ways. Illegal gambling joints such as the one that was busted by the New Delhi police are quite common, and online casinos have grown in popularity quite a lot.

The government has been trying to stop or at least limit such activities, at least the ones taking place at land-based facilities, but with very limited success. They mostly need to rely on tips from informers and citizens, but the number of small illegal gambling halls across the country is simply too big.

This also shows that people in India seem to enjoy gambling, which begs the question if this is the right approach to the problem. The rise of online casinos has made it much easier for players to access games without additional risks, and this trend will only continue in the future. As we’ve seen in other parts of the world, there is very little the government can do to curb online gambling.

Is It Time for a Legislative Reform?

Several states in India do allow casino gambling, be it at land-based premises or on casino river boats. Perhaps it is time to take another look at gaming laws and try to come up with a solution that would work better across the board.

Regulating gambling across the country would have many beneficial effects. First of all, this would create additional income that could be directed towards different causes, from health and education to infrastructure.

Secondly, it would help create a much safer environment for the players. They would no longer have to find illegal gambling joints, usually run by people with other criminal connections. Properly licensed casinos would provide a safe environment for everyone.

Finally, creating online casino legislation could be really useful. As a huge potential market, India would certainly be on the radar of many major companies. The government could create a bill that would tax these operators appropriately for the right to be a part of the market, adding further much-needed funds to state budgets.