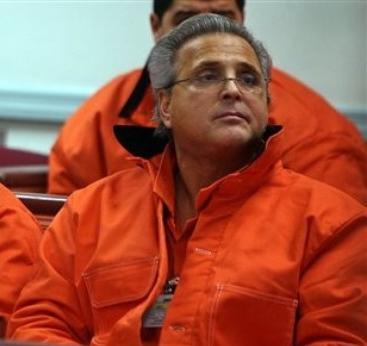 Martin Taccetta, a reputed former underboss of the Lucchese crime family’s New Jersey faction, has been summoned to a Newark courtroom next week to possibly resolve the charges pending against him in a mob case that has resulted in the convictions of 19 others.

U.S. District Judge Stanley R. Chesler signed an order last week directing the warden of New Jersey State Prison in Trenton, where Taccetta is currently incarcerated, to have him brought before the judge for a plea hearing on Tuesday.

But Taccetta apparently has not signed off on a plea deal.

“All I can tell you is that there were plea negotiations and its Mr. Taccetta’s position at this point that he’s not going to plea guilty of anything,” his attorney, Maria Noto, said Thursday. “He maintains his innocence.”

Assistant U.S. Attorney Ronald D. Wigler, who is prosecuting the case, declined to comment Thursday on the negotiations or the scheduled plea hearing.

Taccetta, 58, of East Hanover, was among 23 reputed members and associates of the Gambino and Lucchese crime families indicted in May 2008 on charges of engaging in what the FBI called a “veritable smorgasbord of criminal activity” – illegal gambling, loan-sharking, extortion, identity theft, fraud and labor racketeering.

The defendants were accused of shaking down lunch truck operators, putting mobsters in no-show jobs, using union muscle to collect bribes to allow non-union workers on construction sites and raking in hefty profits from bettors who wagered more than $1 million a month.

The mob also allegedly targeted a Lowe’s home improvement store in Paterson, where conspirators bought high-ticket power tools and appliances by switching bar code labels from less expensive items and attempted to steal the identities of patrons who applied for Lowe’s credit cards.

Taccetta was charged in only three of the 30 counts in the indictment. He was accused of conspiring to use extortion to collect a loan from an unidentified debtor. He also charged with conspiring with the lead defendant, Andrew Merola, and others to demand and receive about $20,000 in unlawful labor payments to allow non-union labor on a construction project at a Morristown BMW dealership in 2007.

Merola, 42, of East Hanover, is among the defendants still in the case. He is identified in the indictment as one of the Gambino crime family’s highest ranking members in New Jersey and is accused of overseeing a mob crew that profited from gambling, loan-sharking, extortion and labor racketeering.

Taccetta had been under house arrest until July when the New Jersey Supreme Court reinstated his sentence of life plus 10 years in prison in a 1993 state case in which Taccetta was convicted of racketeering and extortion but acquitted of murder in the golf-club beating death of an Ocean County businessman.

Noto said the reinstated life sentence was “the reason I was in negotiations at all, but at this point there is no plea agreement.”