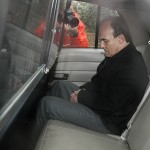 Anti-Mafia prosecutors in Italy probing a powerful international crime network say they have uncovered the new face of the Mafia in Toronto, alleging there are seven dominant mob families in the city, each with a boss who sits on an influential board of control.

The clans in Canada climbed “to the top of the criminal world,” Italian prosecutors say, by becoming masters of the global drug trade by establishing a “continuous flow of cocaine” from Argentina.

Further, prosecutors name about 40 men linked to the “Canadian cell” of the mighty crime network; many with “operational links” to Italy and some suspected in an array of crimes there, including murder, electoral fraud, corruption, extortion, theft, money laundering and aiding fugitives.

“In the city of Toronto there existed seven crime families whose members were mostly of Calabrian origin,” says the prosecutors’ report, a document similar to an affidavit used by authorities to authorize arrest warrants, which was translated from Italian by the National Post. None of the allegations in the report have been tested in court.

“Each of these seven families in Canada would be active in drug trafficking; extortion, only among members of the Italian community; gambling; and the making and marketing of forged material. Many of them have reinvested the illegally obtained money in businesses, including bars and restaurants, not only in downtown Toronto but especially in Woodbridge, which is the new Italian quarter.”

The clans are alleged to be a senior part of the ’Ndrangheta, the proper name of the Mafia formed in the southern Italian region of Calabria, which is similar to the better known Cosa Nostra of Sicily.

Canada is so pervasive within the ’Ndrangheta that when a gangster in Calabria speaks of “America,” he really means Canada, the report says.

The Italian authorities allege that the seven primary ’Ndrangheta families in the Toronto area are led by:

Italian authorities charged Mr. Tavernese — along with 304 others — on July 13 as part of the two-year probe codenamed Operazione Crimini. Mr. Tavernese was visiting Italy at the time. He is charged with Mafia association and possessing and carrying weapons in public places.

An arrest warrant was also issued against Mr. Coluccio, who left Canada for Italy with his Canadian wife and children in July after losing his bid to immigrate here. He was not found by police during the pre-dawn raids, however, and is considered a fugitive. He faces a charge of Mafia association.

Although named as mobsters by Italian authorities, no charges were filed against the remaining men who “normally reside in Canada.”

One of the men named in it strongly dismissed the information as unreliable and inaccurate.

“Italy is not a democracy anymore. It is a police state like Iran,” Mr. Commisso told the Post. “They think anything and everything is possible.”

He asked, if there was evidence of anyone committing crimes, why are there not charges against them here?

“I have nothing to do with engaging in any illegal activity. The police have investigated me for the past 40 years. If I was dealing in drugs – or anything else – they would know. It is offensive to me to think that I would do anything like that.

“If somebody commits a crime, so be it. Charge me and if I am guilty I will pay. I always take the consequence of my actions. I don’t blame nobody for my actions. I have an extensive criminal record. I did my time. I came out – 21 years ago – 1989. I did my 10 years of parole with success,” he said, adding he has since turned his life around. The Italian report did not even provide his date of birth or address.

He denied being a boss of any group.

Messages left for Mr. DeMaria and Mr. Ruso were not returned, yesterday. The other men could not be reached for comment.

The Italian probe targeted the ’Ndrangheta as it has eclipsed Sicily’s Cosa Nostra as Italy’s most powerful and richest Mafia organization, dominating Europe’s drug trade. Along with the July arrests, guns, drugs, goods and property worth tens of millions of Euros were seized in Italy.

The Italian probe also alleged the ’Ndrangheta’s extensive Canadian connections after police in Italy monitored calls from Canadian telephones, watched visits to Italy by Canadian residents, accessed Canadian Internet accounts and swapped information with the RCMP, according to the report.

The importance of Canada is highlighted in the 2,656-page prosecutors’ report signed by six magistrates in Reggio Calabria in southern Italy.

“Particularly substantial and significant results [of the investigation] are the elements gathered showing the presence of the ’Ndrangheta in Canadian territory,” the prosecutors write, describing “an unbreakable umbilical cord” between mafiosi in Canada and Italy.

“The character of the Mafia,” they write, “transcends international borders.”

Canada is so endemic to the ’Ndrangheta that when a gangster in Calabria speaks of “America,” he really means Canada, the report says.

The alleged tight bonds between suspects in Italy and Canada are shown by at least 40 people named in the report being either Canadian citizens, current or former residents of Canada, or are named as representatives of the “Canadian cell,” according to the Post’s analysis of the four-volume report.

Among those arrested in the July sweep, for instance, was Rocco Mazzaferro, 70, a Canadian citizen who returned to Italy in 2003, when his wife died, after living in Canada for 20 years. He faces a charge of Mafia association.

Also singled out by prosecutors – although not charged – is Carmine Verduci, 53, of Woodbridge, Ont., alleged to be the group’s transatlantic messenger: He “had the task of traveling between Italy and Canada, acting as a carrier of news between the Italian group and the Canadians.”

It was the presence of Mr. Verduci at an ‘Ndrangheta meeting on Feb. 12, 2008, where the rescheduling of debts was discussed, authorities allege, that first tipped investigators to the Canadian connection.

From there, police started noticing suspects from Toronto popping up at various summits, meetings and in telephone conversations, according to the report.

“At the meetings of this group, were, in many cases, members of the Canadian cell,” prosecutors write. Canadian members “alternate between attending meetings, travelling between Canada and Calabria, and, when they can’t attend, are kept informed.”

Italian investigators made at least two trips to Canada during their probe, meeting with members of the RCMP.

That the Canadian connection was allegedly key to building the ‘Ndrangheta’s wealth and influence.

It is alleged that the probe’s wiretaps caught the boss of one of Italy’s dominant Mafia families bragging that his clan was the first to import and sell drugs in North America, courtesy of his kin in Canada.

“In the 1970s, a boom in worldwide drug use was sensed by different clans in the ’Ndrangheta who began converting some of their traditional activities into kidnapping, extortion and drug trafficking,” prosecutors write, describing the history behind its global emergence. That sparked a power struggle between older members opposed to the drug trade and younger ones who craved the wealth it brought.

In Siderno, a town on the southern coastal plains of Italy, a new boss of the Commisso clan quickly embraced the drug trade and what became known as the Siderno Group gained a reputation as being the best.

“Once in charge, [the new boss] took over the direction of the illegal activities of the gang, made up of powerful relatives and friends of the ‘Siderno Group of Crime,’ including one by his cousin, Rocco Remo Commisso, who initiated a continuous flow of cocaine trafficking to Toronto, using supply channels from Argentina,” the prosecutor’s report says.

“As such, the ‘families’ present in Canada began their climb to the top of the criminal world, turning themselves very slowly into the point group for those in Calabria interested in selling drugs,” says the report. (Rocco Remo Commisso has, for decades, been named as a part of the mob in Canada and is a brother of Cosimo Commisso.)

The clans in Italy kept abreast of news in Canada through visits and phone calls, prosecutors write.

When men from Canada visited Giuseppe “The Master” Commisso, 63, at his laundromat in downtown Siderno, the men caught up on mob gossip, talking at length without knowing that police were recording them, according to the report.

“In Toronto there are nine of us,” said a Canadian man, referring to nine different locali or “locals,” each being a separate ’Ndrangheta branch, according to prosecutors.

“The Master” then said there are 96 locali in Siderno, forming a tangled web that sometimes requires him to “break balls” to maintain order.

But later, according to authorities, the men acknowledge that life is getting harder in Toronto as police become more aware of their activities.

“Bit by bit they know all our moves,” the Canadian said, complaining about recent media coverage, according to prosecutors.

“They have to be careful in Toronto,” agreed “The Master,” mentioning the arrest of Vincenzo “Jimmy” DeMaria, an accused Toronto Mafia boss on lifetime parole for second-degree murder who was sent back to prison last year for suspected parole violations.

“Yeah, he was released, but he was released with [parole] obligations… and now they’ve caught him again, and do you know why? Because they control him.

“He let himself be seen and he was arrested.”

A colleague replied: “No!… Even there in Toronto?”

In other conversations, Italian prosecutors say, the men outlined how Canada is used as a place to hide.

“Here in Canada he didn’t do anything,” one says of a colleague who moved to Canada. “Because he had emigrated here, Canada couldn’t do anything… The law is looking for you in Italy, but you emigrated here.” He added that once you get a Canadian passport, it is difficult to be forced to leave.

In their report, Italian prosecutors also state that the two main centres of Mafia power in Canada are Toronto and Montreal, with the Calabrian ’Ndrangheta prevailing in Toronto and the Sicilian Costa Nostra in Montreal.

The two groups, however, often worked together. Such was the case, authorities say, with another key figure in the Italian case: Carmelo Bruzzese, 61, of Siderno who “had, in Canada, a wide circle of family.”

The entire “complex criminal organization” in Canada, the July report says, fell under the influence of Rizzuto, placing the Montreal man as something of a global super boss, at least until his arrest in 2004.