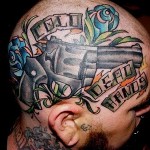 35 Members and Associates of Barrio Azteca Gang Charged with Racketeering and Other Offenses, Including 10 Charged in U.S. Consulate Murders in Juarez, Mexico

“The indictment unsealed today represents our continued action to ensure safety along our Southwest border, to seek justice for victims of violent crime in this region, and to weaken dangerous criminal organizations currently operating in Mexico and the United States,” said Attorney General Holder. “These arrests and criminal charges will disrupt Barrio Azteca’s current operations, and they reaffirm that we will not tolerate acts of violence against those who serve and protect American citizens. We will continue to stand with our partners in Mexico, and together, build on our unprecedented joint efforts to combat violence and protect the safety of the American and the Mexican people.”

“The indictment unsealed today offers a chilling picture of a highly organized, and extremely brutal gang,” said Assistant Attorney General Breuer. “The victims – like so many other victims of the Mexican drug wars – were senselessly caught in the crosshairs of a violent criminal enterprise. This is, at times, a gruesome battle. But let there be no mistake: we will devote our might to bringing Barrio Azteca and other gangs to justice for their acts of violence and intimidation along our border.”

“The vicious murders of Leslie Enriquez, her husband Arthur Redelfs, and Jorge Salcido illustrate how senseless the violence perpetrated by the drug cartels and their affiliated criminal gangs has become,” said United States Attorney Murphy. “Our hearts go out to the families of these three innocent victims, as well as thousands of others, who have suffered tragic losses for which there can be no reparation. The indictment reflects our resolve to vigorously pursue those responsible for these wanton acts and hold them accountable under the rule of law.”

“Trans-border violence is a serious threat that we are using the power of partnerships to combat and prevent,” said FBI Executive Assistant Director Henry. “Along with our other federal, state and local law enforcement counterparts, we are especially grateful to our Mexican partner agencies for the critical support they provided to help resolve this case and bring the subjects to justice. We may stand on opposite sides of the border, but we stand together on the same side of the law.”

“Barrio Azteca gang members are cold blooded criminals who show no respect for the law or justice , murdering innocent victims, trafficking drugs and inciting violence,” said DEA Administrator Leonhart. “But, along with our FBI partners and the support of the government of Mexico, we have shown that the rule of law will prevail, and working together we will bring these individuals to justice to answer for their ruthless criminal activities.”

The indictment alleges that the defendants are members or associates of the BA, which began in the late 1980s as a violent prison gang and has expanded into a transnational criminal organization. The BA is primarily based in West Texas; Juarez, Mexico; and throughout state and federal prisons in the United States and Mexico. The gang has a militaristic command structure and includes captains, lieutenants, sergeants and soldiers – all with the purpose of maintaining power and enriching its members and associates through drug trafficking, money laundering, extortion, intimidation, violence, threats of violence and murder.

The indictment alleges that to increase its power and influence, the BA formed an alliance with the Vicente Carrillo-Fuentes (VCF) drug trafficking organization in Mexico. As part of this alliance, the BA allegedly conducts enforcement operations against VCF rivals and the VCF provides illegal drugs to the BA at discounted prices.

The indictment alleges a host of criminal activity committed by members and associates of the BA since January 1, 2003, including drug trafficking, extortion, money laundering, kidnapping and murder, including the March 13, 2010, consulate murders in Juarez.

Jose Antonio Acosta Hernandez, aka “Diego”; Eduardo Ravelo, aka “Tablas”; Luis Mendez, aka “Alex”; Arturo Gallegos Castrellon, aka “Benny”; Ricardo Valles de la Rosa, aka “Chino”; Jose Guadalupe Diaz Diaz, aka “Zorro”; Martin Perez Marrufo, aka “Popeye”; Luis Humberto Hernandez Celis, aka “Pac”; Miguel Angel Nevarez, aka “Lentes”; and Enrique Guajardo Lopez, aka “Kiki” are charged in the indictment with conspiracy to kill persons in a foreign country, murder resulting from the use and carrying of a firearm and murder in aid of racketeering for their alleged participation in the murder of Enriquez, Redelfs and Salcido.

Hernandez, Ravelo and Mendez are currently at large. The United States has filed provisional arrest warrants with the government of Mexico for the arrest of these men in connection with this case. Ravelo is currently one of the FBI’s Top Ten Most Wanted Fugitives, and the FBI is offering a reward of up to $100,000 for information leading directly to his arrest.

In addition to the consulate murders, the indictment alleges that in December 2006, a BA member shot and killed Jose Luis Oviedo in El Paso. In 2007, BA members allegedly kidnapped a man in El Paso and took him across the United States/Mexico border to Juarez. In March 2008, the BA allegedly ordered the murder of BA member David Merez, who was killed that same month in Juarez. The indictment also alleges that the BA caused two persons to be shot and killed in Socorro, Texas, on July 2, 2009. In August 2010, the indictment alleges that BA members kidnapped the wife and parents of a BA member whom they believed was cooperating with United States law enforcement and also killed the BA member’s step-daughter.

According to the indictment, the BA profits by importing heroin, cocaine and marijuana into the United States from Mexico. The indictment points to specific acts in which more than 8 kilos of heroin, more than 100 kilograms of cocaine, and nearly 300 pounds of marijuana are associated with the possession, distribution or importation of controlled substances into the United States.

BA members and associates also allegedly charge a “street tax” or “cuota” on businesses and criminals operating in their turf. These profits are used to support BA members in prison by funneling money into prison commissary accounts of gang leaders and to pay for defense lawyers or fines. The “cuota” profits are also allegedly reinvested into the organization to purchase drugs, guns and ammunition.

If convicted, the defendants face a variety of maximum penalties per charge, including up to life in prison.

An indictment is merely an accusation. All defendants are presumed innocent until proven guilty at trial beyond a reasonable doubt.

The case is being prosecuted by Trial Attorneys Joseph A. Cooley of the Criminal Division’s Gang Unit, Trial Attorney Brian Skaret of the Criminal Division’s Human Rights and Special Prosecutions Section and prosecutors from the United States Attorney’s Office for the Western District of Texas. The United States Attorney’s Office for the District of New Mexico provided significant assistance in this case, including Assistant United States Attorney Sarah Davenport. Valuable assistance was provided by the Criminal Division’s Offices of International Affairs and Enforcement Operations. United States and Mexican law enforcement authorities, including the Mexican Attorney General’s Office ( Procuradura General de la República or PGR) and the Mexican Federal Police (Secretaría de Seguridad Pública or SSP) have cooperated and provided assistance to one another in this ongoing matter.