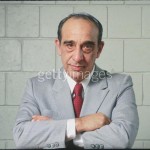 Twenty-five years after the historic Commission case exposed the Colombo crime family’s stranglehold over the union representing workers on all major New York construction projects, Local 6A of the New York Cement and Concrete Workers is still a family affair – in more ways than one.

Today, the grandson of a mobster who was convicted of racketeering at the Commission trial is Local 6A’s key official. And the crime family’s boss who was found guilty at the same trial, Carmine (Junior) Persico, is still the ultimate power behind the union, according to the special counsel for the Laborers’ International Union of North America.

Tommy Shots has remained loyal since his 2008 indictment for Cutolo’s murder. But Big Dino has been cooperating with the feds for some time. And one of the many subjects Calabro spilled his guts about, says Luskin, was the large cast of characters – including his brothers, Vincenzo and Giuseppe – who helped him run the union for the Colombos and reap the benefits as well.

They also shared in payoffs from contractors and a variety of other schemes, including a “coffee boy” scam, according to Luskin. In that rip-off, which occurred at every job site, all workers were forced to buy any food and drink they wanted – whether at lunch or during any breaks – from a mob-selected vendor who kicked back $250 a week to the Colombos.

In a complaint filed two weeks ago, Luskin asked LIUNA’s Independent Hearing Officer to oust all the current officials of the Flushing, Queens based local and replace them with a trustee to “eradicate the corrupt influence of organized crime.”

The complaint states that the day-to-day mob front man at Local 6A is business manager Ralph Scopo III, whose grandfather, Colombo soldier Ralph Scopo Sr. ran the union in the 1980s. Scopo III, 40, earned $160,600 in 2009 as the key official of the 1047 member union. Scopo’s brother, Joseph, 35, is the union’s recording secretary.

Back in 1986, Ralph Scopo Sr. and Persico were found guilty of racketeering and sentenced to 100 years. Scopo’s sons, Ralph Jr. and Joseph, followed him into the crime family and took over his union – with Ralph Jr. serving as president and Joseph as vice president – until both were bounced from their union posts a year later.

Joseph Scopo’s stock in the crime family rose until he was killed during the bloody Colombo war in 1993 – the same year his dad died in prison. But Ralph Scopo Jr. and the Colombo crime family still run the union, and steal from its members regularly, through Ralph Scopo III, and a host of puppets they control, according to Luskin.

And like their father and late grandfather before them, Scopo III is controlled lock, stock and cement mixer by the still imprisoned Mafia boss, Junior Persico, according to Luskin.

Luskin painted Scopo III, his father, and a host of other Local 6A officials as lying, money-hungry leeches who have been stealing money from hardworking laborers for at least nine years – the same way the late Scopo Sr. did in the 1980s.

Since the Local 6A probe moved into high gear two years ago, nine union officials and members, including Calabro’s brothers, have been ousted or resigned rather than answer questions about their mob connections from LIUNA’s lead investigator, former FBI mob buster Bruce Mouw.

In 2002, when Big Dino first met Scopo Jr., the longtime labor racketeer praised his abilities as a moneymaker, and set the stage for the way things would operate for the next six years, until Calabro was arrested and detained without bail, according to the complaint.

“I’m in charge of Local 6A and control everything that happens in that local,” he told Big Dino. “My son is a delegate and he runs the Local. If anybody need a job, just let me know and I’ll take care of it through my son.”

Calabro met Scopo III two years later, when his father brought him to a regular monthly get-together that Scopo Jr. had with Big Dino at a “bagel store on Route 109 in West Babylon” to talk business and split the money they brought in that month.

“During this meeting, Scopo Jr. gave Calabro $10,000 as his monthly share from the shakedown” of one contractor, the complaint said. “Calabro kept $1,000 for himself; Scopo Jr. took $1,500 for himself, and the remaining $7,500 went to the Colombo Family Administration.”

A few years later, according to the complaint, Big Dino and the father and son Scopos attended a sitdown to settle a dispute at a World Trade Center jobsite with a union foreman who had been “criticizing the Scopos.” The elder Scopo “told Calabro that his son Ralph was there in case he decided that (the union worker) needed to be physically assaulted,” the complaint said.

When Ralph Scopo learned about Calabro’s cooperation, and LIUNA’s investigation, he and his fellow union officials assumed they would eventually be bounced as corrupt, according to the complaint. So they decided to grab as much union cash as they could, and took vacation time checks – as many as eight weeks worth – before they were due, let alone earned.

Questioned about this last year, Scopo admitted that the LIUNA probe “was in the back of his mind,” the complaint said. “Why save vacation time if the Local is placed into trusteeship?” he added.